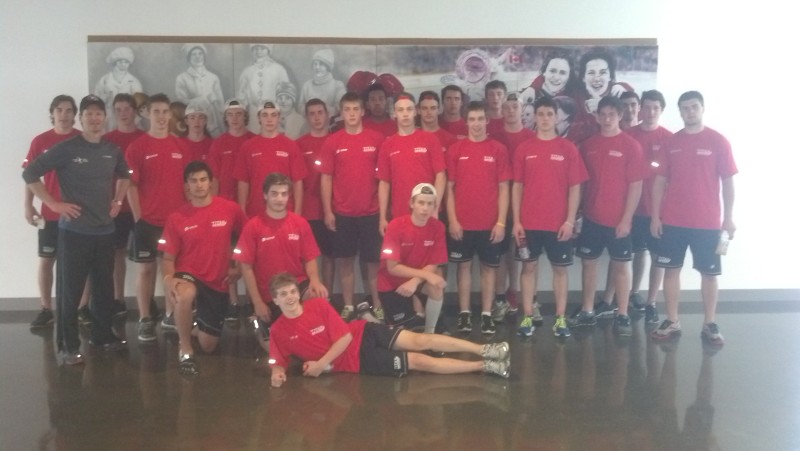 The Titan sports development camp is held at the end of June. The camp is designed so that when clients attend their first camp at any elite level whether it be the Juniors, College or the NHL,  they will not be overwhelmed by the pace and have a deep understanding on what it takes to be a professional hockey player.

Players will get 2 on-ice sessions a day with some of the best instructors from around the world. The focus will be on skill development and skating. The players will be provided with the best “off-ice” conditioning coaches with a focus on strength speed and flexibility.

Players will also spend time in the boardroom learning life skills such as media relations, financial management, nutrition, and mental toughness from some of the top professionals that have a proven track record with National Hockey League players.

Players that attend the development camp can gauge their skill level and fitness against some of the other top prospects in the world.

It has been proven in hockey that high performance and elite training programs are an vital ingredient to play in the National Hockey League.

When we wake up in the morning we have 3 choices:

1. Train hard and get better
2. Go through the motions and stay the same
3. Sulk and feel sorry for yourself and get worse

“The path is obvious for those who seek excellence. When we commit to excellence the key is discipline. Greatness comes from doing things consistently”.